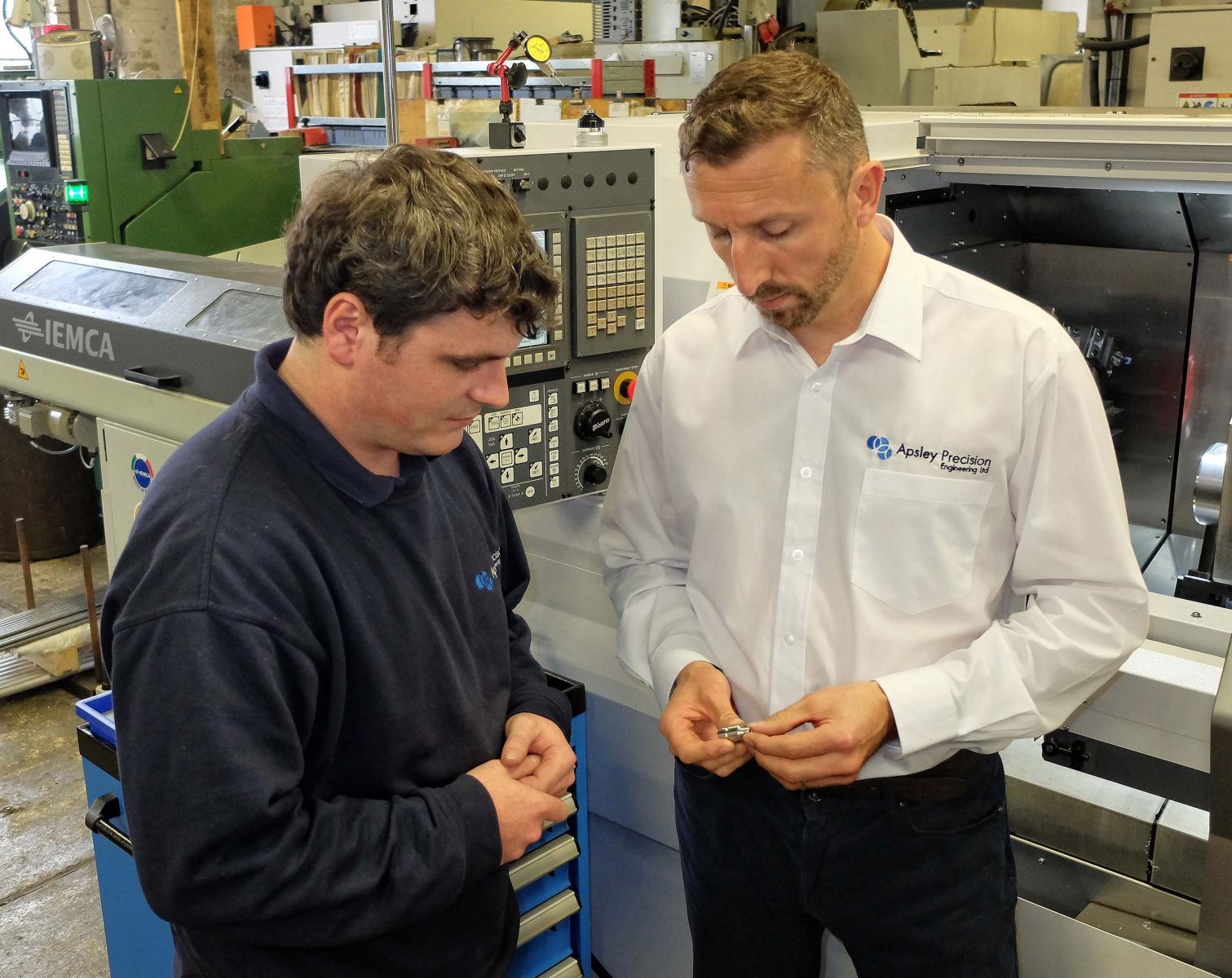 Its arrival in 2012 on the shop floor at the company's 12,000 sq ft facility in High Post, near Salisbury, heralded the start of a big improvement in CNC turning capability. Following the purchase of two more second-hand Miyanos, August this year (2019) saw the arrival from Citizen Machinery UK of the first new model, a BNJ-51SY twin-spindle, twin-turret lathe with a Y-axis.

Mr Aymes said, "We were aware of this make of bar auto and knew they rarely come onto the second-hand market, so we were lucky to be able to buy the first machine, a BND-51S twin-spindle lathe with live tooling in the turret.

"Compared with our single-spindle, bar-fed lathes without driven tools, it approximately halved cycle times for machining parts up to 51 mm diameter. Generally we were able to start producing components in one hit rather than two or three operations, reducing handling and work-in-progress.

"That in turn improved accuracy and allowed us to manufacture more cost-effectively, so we became more profitable. It is difficult to overstate the improvement the machine made."

Another notable benefit was that an operator could set the Miyano and walk away for long periods to carry out other tasks, as it is unusual to have to change offsets owing to the consistency of machining. That is not the case with the subcontractor's other bar autos, which tend to occupy an experienced setter for much of the time, raising the labour cost content of manufacture.

Based on all these advantages, a second Miyano BND arrived one year later. Purchased at auction, it turn-mills parts from bar up to 42 mm in diameter but is otherwise similarly specified to the first machine. Despite being 12 years old at the time, it was and still is capable of holding tolerances down to ± 5 microns, which Mr Aymes describes as "amazing".

He continued, "By that time it was abundantly clear just how good these machines are. They are heavy, compact and very robust, which leads to high accuracy, repeatability and reliability. They need very little money spent on them for repair, so cost of ownership is low.

"It is rare to operate a machine that is almost completely trouble-free. With the Miyanos, that applies to the electronics and electrics as well as the mechanics."

The third Miyano to be installed at the High Post factory, in 2015, was a second 42 mm machine of similar age acquired from another subcontractor, this time a BNJ model with two turrets. It was bought to cope with the increasing amount of work these machines were generating and to exploit the higher productivity possible due to the presence of a second turret to serve the sub-spindle while the other turret operates at the main spindle. It resulted in higher production output, better prices for customers and shorter delivery lead-times. 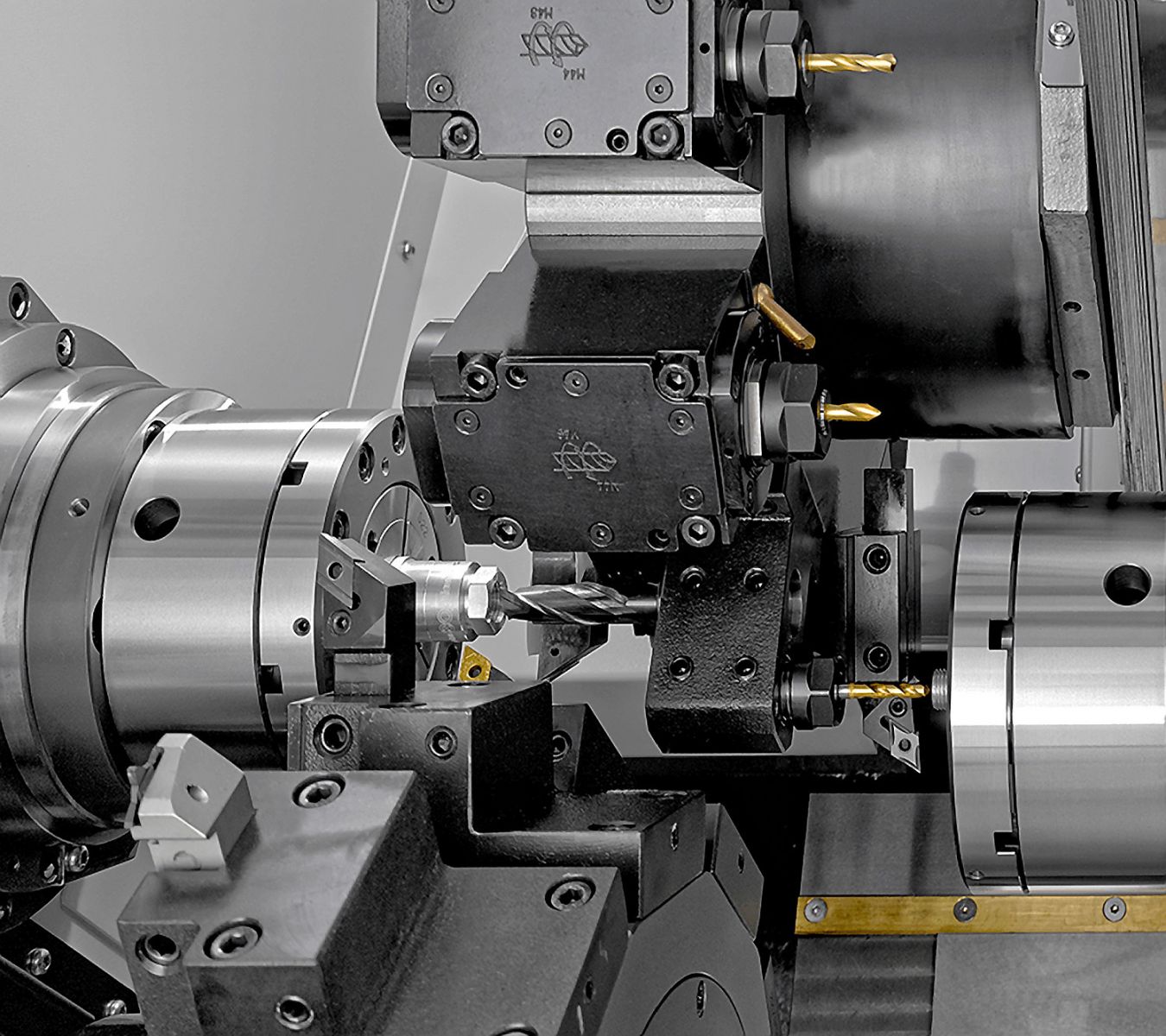 With a view to increasing production output still further, as well as to access the latest technology and provide back-up for the 51 mm capacity lathe, the subcontractor's first new Miyano, a BNJ-51SY, was delivered in July 2019 by Citizen Machinery UK. As its designation implies, the machine has additional Y-axis movement on the main turret that is proving invaluable for machining off-centreline and providing flexibility and accuracy of milled features.

Mr Aymes cited one component that is produced much more efficiently with this feature. It is a tubular, thin-wall aerospace part machined from solid 304 stainless steel bar of 38 mm diameter. It requires a blind, longitudinal hole to be drilled and bored and the outside diameter (OD) to be turned to leave two lugs. Not only does the Y-axis allow the lugs to be drilled in-cycle, instead of the component having to visit a machining centre for completion, but by being able to program both Y-and C-axis movements into the OD turning, cutter deflection is minimised and accuracy is improved. As the component is required in batch sizes ranging from 200 to 800, the benefit is considerable.

Even more advantageous with the new machine, however, is the ability to take advantage of ghost-shift running, which is theoretically possible with the other Miyanos but practically not feasible due to the absence of load monitoring to detect worn or broken tools and automatically stop the machine.

The latest lathe, with its fail-safe features

and reliability, is regularly left to operate unattended overnight. So also is a multi-pallet, 5-axis machining centre added to Apsley's prismatic machining department in April 2018. Mr Aymes predicts that these two machines will pay for themselves faster than all the others on the shop floor. He asserts that if a production centre is capable of running lights-out and is of the right quality, rapid amortisation renders the initial purchase price much less important. 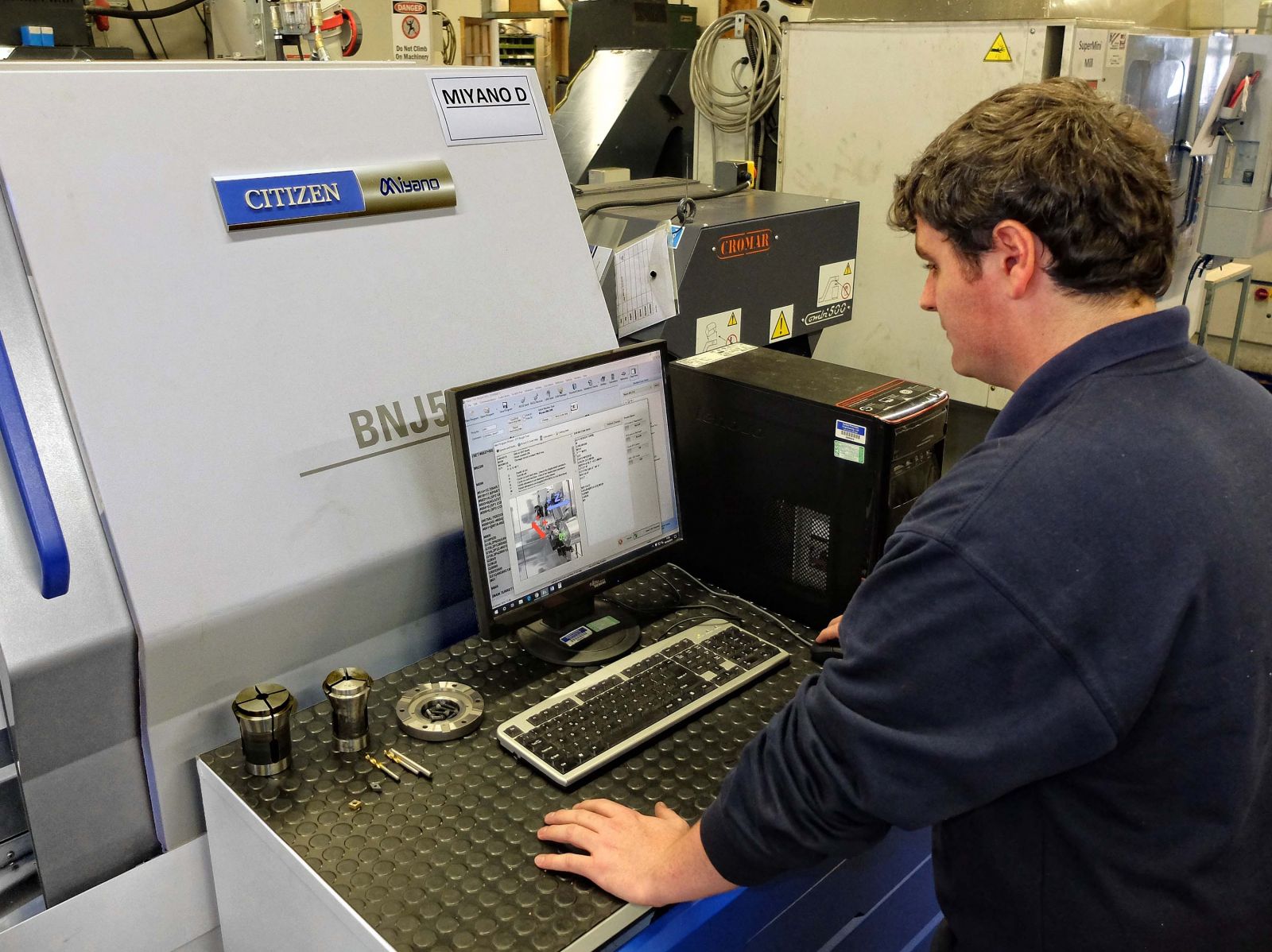 When Citizen installed the latest lathe, it also supplied the subcontractor with the latest version of its Alkart CNC Wizard programming software. It assists and simplifies the creation of even complex cycles using a built-in G-code and M-code library plus reference material and diagrams. Inexperienced users in particular benefit, such as Apsley's Jay Pritchard, who is halfway through a four-year mechanical engineering apprenticeship. He said he finds the wizard useful when operating the new Miyano if his mentor is not available and the relevant manuals are not to hand. It also helps with understanding how to use the machine.

Founded in 1984 by Peter Aymes' father Graham, the subcontract engineering firm has always split its machining approximately half and half between turning and milling. Key sectors supplied with high tolerance, complex parts and assemblies are aerospace, defence, medical and pharmaceutical. Non-kanban batch size is typically in the range 20 to the low hundreds and the company also operates a toolroom facility for smaller batch runs, prototype production and the manufacture of tooling and fixtures.

However, one-third of the company's business derives from supply of components and assemblies just-in-time, providing price stability through the ability of the subcontractor to produce much larger quantities for consignment stock, with customer call-off typically at a rate of 1,000 pieces per week.